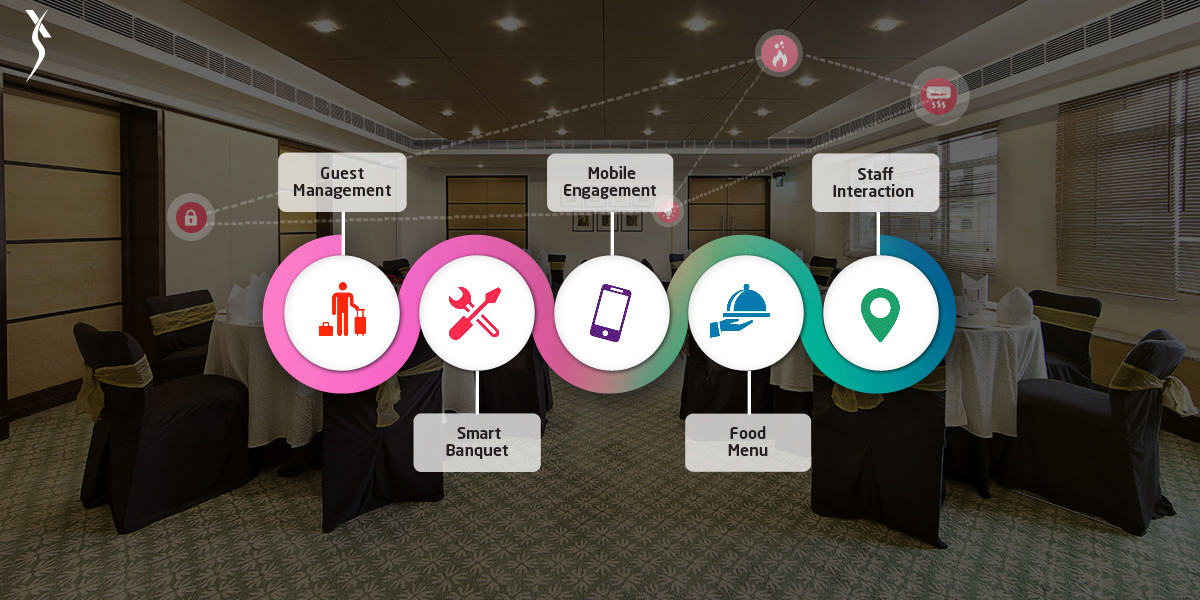 The client is a leading 5-star hotel in Singapore. It commands tremendous reputation from locals as well as international visitors. Providing concierge service differentiates it from the lot. The hotel boasts as many as 28 banquet halls that can host events ranging from exhibitions to corporate meetings to large gatherings. At any particular time, as many as 20 halls are always occupied. Most of the time, the rest of the halls are used as stand-by and double as large Convention Centres by being able to remove the partition walls and turning them into one larger hall to host larger meetings.

When conferences are in full swing, the hosts or occupants often come up with ad-hoc requirements. Due to the sheer vastness of the hotel premises, they cannot either convey these requests to hotel staff in time or the staff cannot fulfil the requests. Worse yet, the staff most of the time forget them as they focus on the task at hand. When customers’ requests were not being increasingly fulfilled, it started reflecting negatively on the Hotel’s ability to support its claim.

A mobile app was deployed that incorporates a most user-friendly dashboard which consists of a whopping eight services. Each of these services incorporates its own menu such as the food menu. What’s more, it even provides a chat service, where customers can also text their requirements. Downloadable from Google Play[Google Play and Apple App store], the app is platform agnostic and can seamlessly interface with Android or iOS.

Customers are encouraged to download the app upon arrival at the hotel and log in to the app via login credentials sent to their registered phone numbers.

Any request that the customer raises is channeled to the appropriate department following which it is acted upon. If no response is forthcoming, then it is escalated to a higher level and the process continues till it is picked up by the highest official in the hierarchy. Escalation or not, the superior most is always copied in on every request, so he can robustly monitor the status of various requests in real-time.

How Pixel Studios implemented an active analytics reporting system for a manufacturing unit in Singapore
August 1, 2022

How we spread the Aroma of Authentic Biryani to attract more customers
June 29, 2022

How we enabled more whistles from the CSK Cricket Fans by redesigning the FanPlay IOT website
June 24, 2022
Subscribe to our Newsletter
Case Studies
Go to Top
Get a FREE Website Audit Report